Home » Home » Testimonial » Solar Homeowner Interview: Why Tuan Liang from MSE Chose Solar AI for His Home Solar Panels
With rising energy prices, residential solar has been shining like never before. Homeowner Tuan Liang made the switch when he realised how compelling the financial case for solar is. Read our interview with him to find out how he now saves $300-400 on electricity a month!

Solar panels aren’t limited to large commercial projects. It’s also an option for homeowners that’s both sustainable and cost-saving. If you’re considering installing solar on your roof, we know it can be difficult to take the leap of faith. So we’ve talked to one of our solar homeowner champions, whose experience may help to assuage your concerns.

Meet Tuan Liang — currently the Chief Science & Technology Officer at the Ministry of Sustainability and the Environment (MSE) — he installed his solar panels through Solar AI earlier this year in March 2022. His 14.8 kWp system cost him $27,500, a setup of 40 solar panels that’s been saving him $300-400 on electricity every month!

We had the opportunity to talk to him to find out what led him to go solar and how his system is faring now.

What made you decide to switch to solar?

Three motivations: 1) from a sustainability perspective, I wanted to see how much I can reduce my carbon footprint. 2) is that energy prices were picking up. 3) because we were working from home electricity consumption was higher, so I needed a way to start to offset my energy bill. In doing so I began to explore how long a solar system would pay back. I found out that prices have come down to a point that even from a residential perspective it starts to make sense.

It was a culmination of things, seeing the electricity bill, prices are going up, plus that I was previously in the national research foundation; as a country we invested in solar research that has gone into this set of panels actually (they’re REC panels). I suppose that connection first made me understand the technology, understand the value that it brings, so it wasn’t too much of a hurdle to then read up a bit more about my own installation of a solar system. I’m in the Ministry of Sustainability and the Environment, clearly green is a part of my job, that’s an added incentive.

Process of Finding a Solar Installer

What was the process of finding a suitable installer before Solar AI like?

The first initial process of submitting a roof plan and getting a few quotations [with Solar AI] was quite easy and painless. This was compared to some banks that were offering loans for solar installation but only with a few specific companies, who I wrote to but they didn’t respond in a satisfactory way.

Why did you decide to go with Solar AI?

Not many companies provided this [quote comparison] service so I think it was very useful. You provide a very fair and open comparison, didn’t seem like you were biased towards a particular system or company, and once chosen you were also happy to work with the particular customer to fine-tune some of my requests or queries, and have sufficient technical knowledge.

How was the solar installation process?

Good. I think the installation was quite fast, everyone came on time, worked hard, not much slack… team was quite fast, kept the property clean, that’s important as well, pretty professional… I think in about 4 days it was completed. Finished it especially as it was a good, dry window where everything was done smoothly.

My concern was safety, it’s not easy to work on a rounded roof, especially at the back where the gradient is about 40 degrees front is about 25 (a little bit of spiderman skills), obviously they were trained and assured me there were no problems.

And then very quickly started to see a reduction in overall energy consumption. It took a while to be finally registered for the grid before I could start selling excess power into the grid. Overall it was quite a smooth experience, quite good.

Curious about what happens in a solar installation? Click here to watch a video on the full process.

What were your biggest concerns? Did any of your initial concerns about solar end up unfounded?

First was about whether open trunking would affect the aesthetics of the house… There were discussions on whether I wanted to put my inverter in front or behind, how to lay wires based on trunking. I was quite impressed in that while the original design would pull a lot of things through the false ceiling, supervisors came and suggested they would just do a simple trunking not from the back but over a particular part of my roof shelter, very simple, easy, made things very neat… Wiring and all that are perfectly in the false ceilings. Inverters – I chose one with a fairly small footprint, nice aesthetic, white kind, no complaints. It’s all up on the roof.

Two, solar performance itself, even the brochure states, is still not very accurate… Empirically because of thermal inefficiencies… You don’t get your brochure performance, all solar performance is rated at 25 degrees celsius, that never happens in Singapore, so there’s degradation.

I took the risk, but in spite of all that, it still works out to be 7 years ROI according to calculations based on my empirical data.

Now that Tuan Liang has all the empirical data from his own solar system, he’s all too happy to share it with us. Keep reading below to see what his monthly electricity bill after solar looks like!

Did you notice a reduction in your electricity bill? Was it what you expected?

My electricity bills are generally reduced by at least 40% — certainly within what I expected.

How much savings do you enjoy with your solar system every month?

Have you had to do any maintenance on your solar panel system so far?

Too early, no maintenance so far.

Note: Solar panels require little maintenance. Though similar to air-conditioners, we encourage solar homeowners to schedule an annual maintenance visit. Cleaning and maintenance costs for your solar panel system usually range from $300 to $500 per visit in Singapore.

You’re also currently a member of Solar AI’s RECs Program. How did you find the process of signing up your solar system for Renewable Energy Certificates?

Painless – information all through WhatsApp. Still waiting on the outcome, again it’s a leap of faith at this point in time.

Note: With Solar AI helping him to monetize his Renewable Energy Certificates, Tuan Liang can expect his payback period to be even shorter. Solar owners can actually make additional money from their solar system by registering and selling RECs on their energy generation. Smaller solar system owners often choose not to sell RECs due to high registration costs and transaction fees, not to mention the effort required. That’s why Solar AI launched its RECs program, so anyone could get the most out of their solar systems with no out-of-pocket costs or hassle.

Aside from a solar system, you installed an EV ready charging port in your home at the same time. What was behind that decision?

In anticipation of an EV, it just made sense. Because of the trunking work, I took the opportunity to install together instead of doing in the future. I think it’ll be interesting, from home charging. If energy prices are high, benefits will be a lot higher in terms of charging electricity costs.

Charging an electric car at home with solar electricity is the ultimate sustainable combination! Check out our complete guide to home EV charging to learn all about chargers, installers, cost calculation and more.

Is there anything that you would have done differently now that you have been through the entire process?

I was quite confident [but] I probably would have talked to a few more solar owners to understand their actual, empirical experience. I think if the community shares information whether it’s electricity bills, energy data, energy generation per system, if you know the rating of the system and are able to see the power that is generated, that solves everyone’s queries… [It] would encourage people to have higher confidence, that solar can be done and makes sense, because right now I think people are still sitting on the fence.

Note: Thanks to Tuan Liang’s enthusiasm, we’ve started a Telegram group for current and aspiring solar homeowners in Singapore. Talk to him and other solar owners there, and find out their experiences from the horse’s mouth!

P.S. Please be respectful and keep this group a welcoming place for everyone 🙂

What would you say to a homeowner exploring solar?

Find out as much as you can, talk to a few solar owners, once you’ve done that I’m quite confident that [you’ll] be ready enough to make the obvious move, to make the investment to install a solar system… Their experiences will also encourage [you].

To those who may from a capital perspective feel challenged… the zero upfront cost program will be interesting.

Note: Tuan Liang is referring to Solar AI’s residential Rent To Own program, the pilot of which was offered to him while he had been exploring his solar options. It helps homeowners to get a solar system installed on their roof at zero upfront cost, fully maintained and your solar energy production guaranteed for a worry-free solar experience. Contact us or use our solar assessment tool below to find out more.

Ready to install solar panels on your rooftop, or just wondering how you can benefit from solar? At Solar AI, we provide you with reliable and accurate solar information so that you can make a better solar choice! Try out our online solar assessment tool for an instant personalised estimate of your rooftop solar system and electricity bill savings. 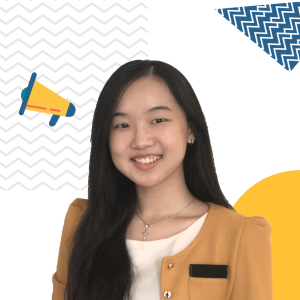 Mebelle Aw
Shaping the content & marketing strategy of Solar AI Technologies, Mebelle's an artist and linguist determined to make known the urgency of climate action. She believes in living out sustainability and motivating the drastic change needed by our world.

Mebelle Aw
Shaping the content & marketing strategy of Solar AI Technologies, Mebelle's an artist and linguist determined to make known the urgency of climate action. She believes in living out sustainability and motivating the drastic change needed by our world.
Recent Posts

5 Ways To Maximize Your Savings On Your Solar Panel System

The Solar AI Rent-To-Own program brings new options to homeowners for getting solar panels on their roof. One of our first RTO customers, David and Doyz, share what made them choose this program. Hear their love for the environment and how their solar system is making an impact equivalent to planting more than 100 trees!

Solar Homeowner Interview: How Julius Saved more than $180 Each Month by Going Solar!

Solar is more affordable than ever. That said, installing solar can still incur a hefty sum. If you’re hesitant about solar or sceptical about its financial benefits, we believe that the solar story of homeowner Julius will definitely help convince you. Find out how Julius was able to save more than $180 on his monthly utility bill with solar!

Solar Homeowner Interview: How Adrian Spends $0 on Electricity Each Month after Going Solar!

There hasn’t been a better time to get solar! Feeling hesitant about how solar can benefit you? Read our interview with solar homeowner Adrian to find out about his personal experience with solar and how he now spends $0 on his electricity bills every month!