Home » Insights » 3.6 Gigawatts of Untapped Commercial Solar Potential in Singapore
Solar AI’s building level data has uncovered 3.6 gigawatts (GW) of untapped rooftop solar potential in Singapore. With public buildings accounting for 61% of the 3.6 GW identified, public agencies have to lead the charge towards an ambitious 2 GW solar target in 2030.

At the end of the first quarter in 2020, Singapore crossed its solar target of 350 megawatts (MW) with the completion of a 6 MW rooftop solar installation at 40 Penjuru Lane. As we look ahead, the next solar target of 2 GW by 2030 is an ambitious one that’ll require Singapore to grow its deployed solar capacity by 5 times in the next 10 years.

An analysis conducted using Solar AI’s solar potential data for Singapore shows that perhaps these targets, while certainly ambitious, might be achievable after all.

Measuring the rooftop solar potential of a city is often challenging as a result of a manual assessment process across a large number of buildings. By combining geospatial data with satellite imagery and computer vision models, Solar AI’s building-level solar potential data enables a bottom-up view of Singapore’s rooftop solar market, a first-of-its-kind in the region.

The analysis has uncovered 3.58 GW of untapped rooftop solar potential across more than 20,000 commercial and industrial buildings in Singapore. This is equivalent to a solar potential 10 times the current installed capacity. If fully utilised, these rooftops can generate 4,650 gigawatt-hours (GWh) of electricity, enough to power 64% of all of Singapore’s residential electricity needs, which totals 7,220 GWh annually as reported by the International Energy Agency.

A Joint Effort Led by the Government

With more than three-quarters of the land in Singapore being state-owned, it may come as no surprise that consequently, a majority of Singapore’s rooftop solar potential sits on top of land owned by government agencies.

Government agencies can be a huge change agent in driving rooftop solar deployment in Singapore. The top 4 agencies, JTC Corporation, Housing and Development Board (HDB), Ministry of Defence (MINDEF) and Singapore Land Authority (SLA) alone account for more than 50% of the solar potential identified, with 1.8 GW of rooftop solar potential across 10,210 buildings on land owned by these agencies.

According to the Energy Market Authority, however, a majority of Singapore’s installed solar PV capacity has been driven by the private sector, contributing to 186.7 MW (or 55%) of the 337.2 MW non-residential installed base by 2019.

In the past five years, the groundwork has already been laid out with several large scale tenders announced by HDB and JTC. First launched in 2015 by HDB, the SolarNova tenders have surpassed its original 2020 target of 220 MW, with HDB setting a new solar target of 540 MW by 2030. The large scale tenders, while led by HDB, has also involved several other government agencies like the Ministry of Education (MOE), Building and Construction Agency (BCA) and National Environment Agency (NEA). In July 2020, JTC has also launched a SolarRoof tender for 15 MW of solar deployment by 2022.

No-money-down power purchase agreements (PPAs) have fueled the growth of commercial and industrial solar in Singapore as the costs of solar continue to decline. However, short building lease terms and a lack of awareness of the benefits of solar often creates challenges for PPA contracts of at least 15 years.

Solar AI’s database includes the majority of commercial and industrial buildings in Singapore with at least 1,000 sqm of roof space, roughly the equivalent of a 100 kW rooftop solar project.

This article was first published on 4 October 2020 and last updated on 5 May 2021 to include additional details.

Be the first to know

Sign up to receive the latest research, news and product updates. 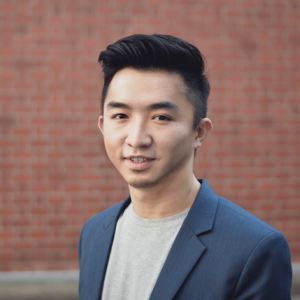 Bolong Chew
Bolong is the Founder and CEO of Solar AI Technologies. He was a former management consultant and later worked with tech startups on market expansion. In building Solar AI, his goal is to use technology to simplify the solar experience for everyone.
Recent Posts

Government Grants and Subsidies for Businesses to Go Green

Singapore’s energy market has progressed significantly and undergone major restructuring over the last few decades. Previously relying on oil, Singapore now uses natural gas to generate cleaner electricity. Additionally, the use of solar energy has been on the rise, with more emphasis on its benefits on the environment.

With the Covid-19 outbreak hitting the world with a plethora of challenges, the solar industry is also not spared. With a shortage of manpower, project delays and investments being cancelled, many solar companies are currently putting business strategies on hold while facing pressures of a potential financial drain.